We are here to help you buy this car and your next – the less we spend the more you save.

HVW is a sign of the times where the internet allows customers to find what car they want without the expense of flash car yards.

Bruce has been in the motor vehicle trade since the early 1990s. He has been involved in all areas of the trade and has been an integral part of award winning dealerships in the Wellington region. His last post was as General Manager at Wholesale Cars Direct up until 2009.

His vast product knowledge and relaxed approach to dealing with the public is what has been the main ingredient in the success of HVW. He thrives on making people happy and loves his trade. The referrals and repeat business he generates is a testament to his approach to people and their needs.

Apart from working a season on the Formula One circuit and being a roadie for some big name bands, Mike has worked his entire career in retail. After training in fashion design, Mike worked his first ten years in the fashion industry before switching to the motor vehicle trade.

He began his career in cars at Avery Ford and moved to Seddon Motor group. From there he set up his own dealership “Cuba Cars” at the top of Cuba Street for ten years. The five years following were spent at Wholesale Cars Direct. 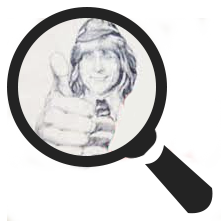 Sandy Jamison
Read More
Very impressed with Bruce and the team. Had a minor problem with my car five weeks after purchase. They picked it up and fixed it by the next day. Can’t recommend these guys highly enough. Big thanks!! 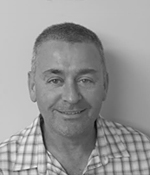 Nikolai Mastrovich
Read More
Mike was great to deal with, not at all pushy, answered all queries and processed application as quickly and efficiently as possible. This is like the pak'n'save of car shopping, and we are really happy with the product too.

Liam Nixon
Read More
Bought a ford falcon a few years back and I loved it. Great car and good service. I plan to buy another car from them today and I would highly recommend buying from these guys as they have great deals and friendly service and they don't push you or guilt trip you in to buying a car which makes it more easy and relaxing with out some one telling you what you should buy.
Previous
Next